The Immersive Advertising Experience of the Future Has Existed for Years

The past few weeks saw three disparate but related tech developments that will impact the everyday customer. The first is the announcement of Apple “Town Squares” — by far the standout moment in the Apple Keynote, bar the moment the Face ID demo failed for Craig Federighi. As Apple envisions it, we will one day stroll, connect, shop, and interface with our communities — as well as, I assume, charge our phones — in the Scandi-style courtyards of Apple Town Squares. This strategy was pioneered by Starbucks, and has recently been adopted by Disney, which is transforming its stores into “experiences,” Refinery29 events, Urban Outfitters’s Space Ninety 8 bar, Goop’s conference, and Barnes & Noble, which is testing concept stores stocked with wine. 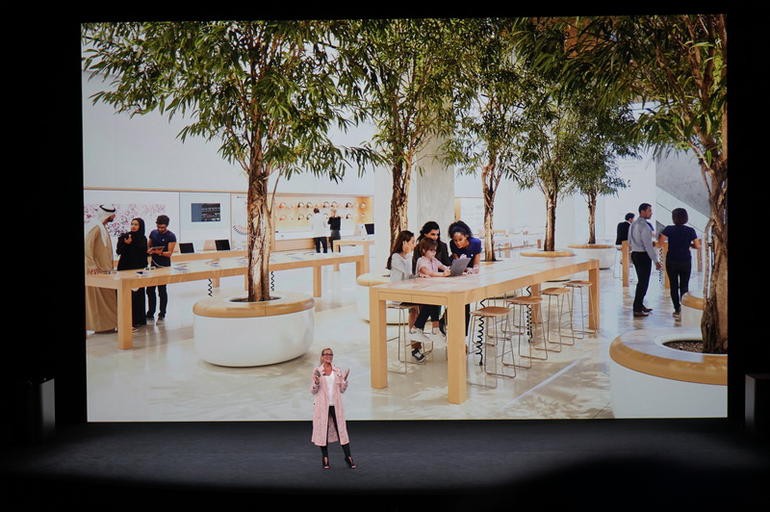 The second notable development was the widely scorned rollout of Bodega, a startup designed to displace the corner store in favor of a smart vending machine stocking tampon loosies, sodas, and shampoo. The concept, which has two Google alums behind it, seemed to stand for everything wrong with tech, beginning with the appropriative branding.

The third piece of the puzzle is the dazzling IKEA ARKit app, which lets you plop a KARLSTAD sofa onto a subway platform or into the middle of the street, to see how it looks. IKEA already offered a neat layout tool, but the use of AR is so practical, so tangible and delightful for users, it seemed to answer for consumers not immersed in tech what AR could actually be used for.

All of these news items took place against a background of hand-wringing about the state of digital advertising. Revenue is tumbling. Google Chrome is among apps that now make it easy for users to block or mute pop-ups and autoplay videos. The solution, according to Rob Tarkoff, president and CEO of Lithium Technologies, is to create a more interactive ad experience for consumers. “They want it to be a conversation, they want to engage,” he told Quartz.

Much thought has been poured into imagining what an immersive ad experience — particularly an augmented reality experience — but I’m here to tell you this has been around for decades already.

Every year, tourists flock to Radio City to take in the Rockettes’ Christmas Spectacular. I visited in 2005 with my husband (then-boyfriend), who insisted it was a New York rite of passage. I was vaguely aware of the Rockette chorus line, but totally unprepared for what followed. In the opening moments of the show, we were instructed to put on our 3D glasses as we flew with Santa’s sleigh from the North Pole to New York, then swooped down over the rooftops of Manhattan. There, we whooshed up Fifth Avenue, past a CHASE billboard, then past a Coca-Cola sign, and around through Times Square, where sponsorships lit up our eyes in 3D. By the time Santa’s sleigh pulled into Radio City, I had earned 1/20th of an MBA through this augmented tour of Fortune 500 companies with a vested interest in the Christmas Spectacular.

The Rockettes were talented, and the nutcracker was as good as you imagine, but the show takes a left-hand turn late in the two hours, when dancers trot live animals out on stage and form a nativity. Having had Coca-Cola imprinted on my retinas just 80 minutes earlier, this tack toward religion was jarring, baffling, hilarious. But the show barreled on with complete solemnity. You can keep your advertisements, the producers had decided, and have your religion too. Perhaps this best encapsulates the challenge facing companies today: a directive to make things meaningful, to demonstrate the embrace of some cultural set of ~values~, and also to pay the bills.

At the end, we took home our Playbills, also emblazoned with CHASE Bank, and called it a net positive.

Then again, I wasn’t a child, nor did I have a child with me to experience these digital advertisements in gleaming closeup, halfway between our seats and the stage. For a child, ads are much more insidious, not properly grasped, not as easily seen through.

To be sure, AR is already a tool that consumers love. Snapchat filters, Pokemon GO, and the IKEA ARKit app have proven our appetite for an interactive experience. But the sensitivity of users to autoplay videos, and the muscle memory they’ve developed “X”ing out of pop-ups in web browsers suggests that companies will have to be very careful in how they build out these experiences.